In a recent article in the Lancet, it was pointed out that Portugal has officially recognized Obesity as a chronic disease since 2004, but remains the only country in Europe to do so.

Recognizing Obesity as a treatable disease rather than a failure of will or a character flaw allows attention to be directed at correcting the chemical imbalance, a series of morbidies resultant from an accumulation of “belly fat, ” the visceral fat buried deep within the abdomen – sleep apnea, GERD, hypertension, Type 2 Diabetes mellitus, and an increased propensity for autoimmune diseases and cancers.  This visceral fat acts as an evil gland pouring its noxious cellular hormones directly into the liver and hijacking the body’s metabolism.

Recognizing Obesity as a disease clearly has economic consequences for national health care policies and insurance premiums in general.  But are not the impairments of GDP resulting from an impaired labor force and societal costs of ignoring the problem likely to be far greater if the disease is not recognized and treated early?   For example, the resultant Type 2 Diabetes is the most frequent cause of kidney failure requiring dialysis, the indication for over half of non-traumatic amputations, and a frequent cause of blindness.  These complications alone have devastating financial and social consequences.

Of course, Obesity must be recognized as a disease by all nations and attention directed to its early recognition and treatment.    This writer always capitalizes the “O” in Obesity to call attention to that fact and indicate it as such. 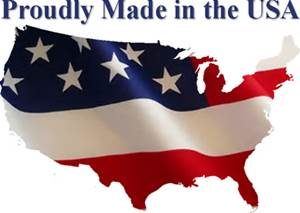 Since BioSculpture Technology, Inc.’s founding in 2001, our equipment has always been manufactured and assembled in the U.S.A.  Of course we happily use components from our allies around the world and will continue to do so when those components help us make our devices better.  But, we have never opted for a foreign component merely because of cost.  Our standard, the American standard, has been that of making the best possible product, and manufacturing it inside the U.S.A.

Last night the “silent majority” spoke and reclaimed our country back for everyone who actually works for a living or who wants to again be able to work for a living.  U.S. workers expressed their desire to be able to ply their trades again and reawaken the American dream.  And, it was a beautiful thing. END_OF_DOCUMENT_TOKEN_TO_BE_REPLACED